Moreton Bay regional council near Brisbane impounded more than 1500 roaming cats in the past year, with fines up to AUD$235 for owners, reports the North Lakes Times. Dakabin RSPCA acting shelter manager Claire McCarthy (pictured) said roaming cats were a “big problem” in the area. “There is a misconception out there that keeping your

END_OF_DOCUMENT_TOKEN_TO_BE_REPLACED

As you’ve probably seen and heard by now, the National Cat Management Strategy Group yesterday released its draft National Cat Strategy for consultation. The NCMSG is a self-appointed lobby group including organisations such as the SPCA, the NZ Veterinary Association and, not surprisingly given their high visibility recently, the Morgan Foundation. For some odd reason,

END_OF_DOCUMENT_TOKEN_TO_BE_REPLACED

Few cats are this street-smart!

This is a very clever cat. Unfortunately, most cats don’t wait at a road crossing until the traffic stops. To keep you cat safe, you need an Oscillot cat fence system. 8 September 2016

Roaming cat shot in the head

I hate writing about stuff like this, but honest to goodness there are some maniacs living among us. And cat owners are going to have to deal with that sad fact. A cat belonging to a family in the Taranaki town of Inglewood struggled home with an arrow through the top of its head. The

The secret and dangerous lives of wandering cats have been revealed by a cat tracking project in the Lithgow Local Government Area of the Australian state of New South Wales. The findings were published in June. The aim of the project was to educate cat owners and promote awareness of the surprisingly large distances that

END_OF_DOCUMENT_TOKEN_TO_BE_REPLACED

NZ Listener on the need for cat containment

The current edition of the news magazine New Zealand Listener has a cover story about the impact of free-roaming domestic cats on native birds. The article also refers to the dangers that roaming cats face: Victoria University research by Wayne Linklater and colleagues surveyed 172 vets in 2015 about the reasons animals were brought in

END_OF_DOCUMENT_TOKEN_TO_BE_REPLACED

After considerable acrimony, Wellington Council’s environment committee has voted to make cat microchipping compulsory. The amendments to the current animal bylaw are: all domestic cats over the age of 12 weeks must be microchipped and registered with NZCAR (New Zealand Companion Animal Register) or other Council approved microchip register the Council should use non-regulatroy options

END_OF_DOCUMENT_TOKEN_TO_BE_REPLACED

Missing Napier cat may be another victim of roaming dogs

Two roaming dogs in Napier have killed sheep and are suspected of killing cats too. Richard Taylor told Hawke’s Bay Today his 14-year-old chocolate Burmese cat Boi Boi had been missing since the afternoon the dogs got loose. “I can’t prove my cat was killed by them but the day they created chaos in Hornsey

Cat wars: The devastating consequences of a cuddly killer

This new book looks interesting, and even opens with a New Zealand story. From the publisher’s website: Peter P Marra & Chris Santella Princeton University Press Hardcover | September 2016 In 1894, a lighthouse keeper named David Lyall arrived on Stephens Island off New Zealand with a cat named Tibbles. In just over a year,

END_OF_DOCUMENT_TOKEN_TO_BE_REPLACED

Cat lovers can be conservationists

All day long I’ve been listening to Radio New Zealand repeating the same report about Wellington’s decision not to restrict cat ownership, asserting that the issue has “divided conservationists and cat fanciers”. Even John Campbell repeated the same throw-away line while introducing his coverage of the issue on Checkpoint. Journalists are taught that conflict makes 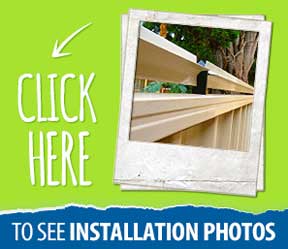