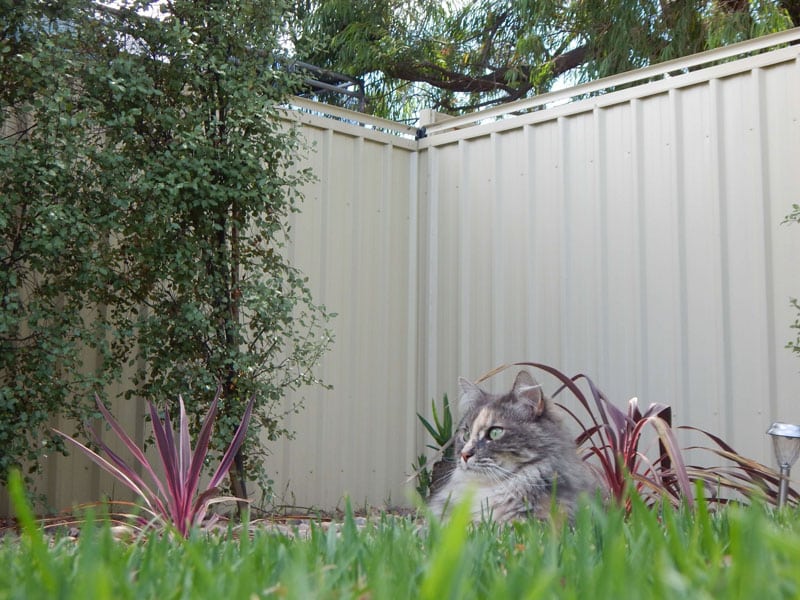 Protect wildlife by keeping your cat at home

Your cat will probably live longer too.

CATFENCE is the exclusive New Zealand distributor of the OSCILLOT® system.

Free-roaming cats can kill a wide range of animals, both native and introduced species, including:

Many of New Zealand’s native animals are rare, threatened or endangered, and some of them (for example, birds that rest, feed or next on the ground) are highly vulnerable to attacks by cats.

A 2017 report by the Parliamentary Commissioner for the Environment described the state of New Zealand’s native birds as “desperate,” with 80% of New Zealand’s 183 native bird species “in trouble.” [1]It’s a growing problem. As more of New Zealand is turned over to housing, wild animals lose habitat and then become vulnerable to cats that people bring with them to new residential areas.

About half of all New Zealand households have a cat, and in urban areas there are over 200 cats per square kilometre. [2]

We cannot care for our environment while at the same time allowing the number of free-roaming cats to continue increasing. Local councils are beginning to recognise this, and some have imposed cat restrictions in “ecologically sensitive areas.”

“It is clear that effective cat control and mitigation of negative impacts of cats on New Zealand’s native biodiversity is vital. This will necessitate control of feral and stray cat populations and measures to mitigate the impacts of domestic cats on wildlife.” [3]

Owners of free-roaming cats often believe that their pets stay close to home and do very little hunting. 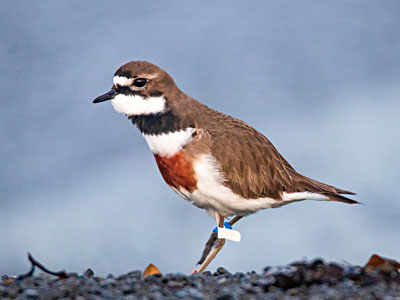 This banded dotterel father was part of a long-term study in Kaikoura. It was killed by a domestic cat in October 2020. The three chicks it was protecting froze to death.

GPS tracking studies have shown that cats roam much farther than their owners realised, covering a territory of 2.2 hectares (5.4 acres) on average. [2]

Predation isn’t the only way in which cats kill. They can also transmit the disease Toxoplasmosis to wildlife and livestock. [4]

“Containment of cats is not yet commonly considered an important component of responsible cat ownership in New Zealand. However, preventing cats from roaming has the potential not only to prevent unwanted reproduction but also to prevent wildlife predation, minimise community nuisance, minimise toxoplasmosis transmission and reduce the risk to the cat of contracting diseases and becoming injured or killed from traffic, fighting, dogs and human cruelty.” [5]

At Cat Containment Systems we believe that responsible cat ownership means taking care of your pet while also taking care of the other creatures in the surrounding environment.

Photos
FAQ
How to buy