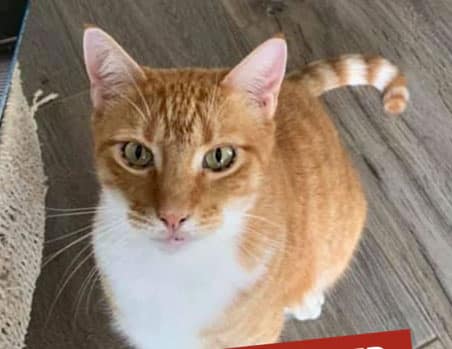 We’re delighted to hear that Wilbur the roaming cat was found – 25km from his home in Cambridge – after he showed up at Waikato Hospital in Hamilton.

But it seems that Wilbur’s safe return to his owner, after 16 days away from home, owes an awful lot to good luck. As reported by the New Zealand Herald:

[the owner] first became aware that he might be in the city after noticing a post on a Lost and Found pet’s page on Facebook saying there was a “friendly ginger Tom hanging around the ED, does anybody want him”.

The Herald doesn’t say whether the helpful staff at Waikato Hospital had Wilbur scanned for a microchip (or whether Wilbur was chipped).

But too often we hear of free-roaming cats who don’t make it home safely.

Please keep your cat safe from harm, by keeping your cat at home.