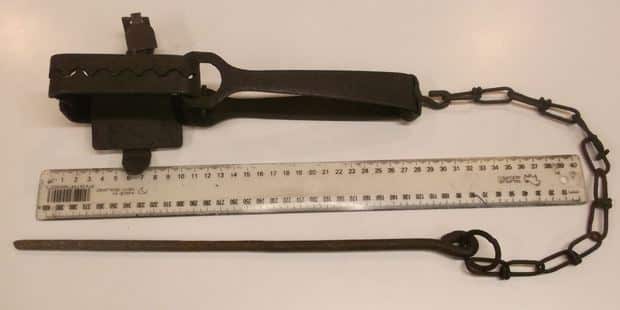 The black short-haired cat was found by its owner caught in a serrated-edge leg-hold trap. Photo: SPCA

Unfortunately, we cannot assume that all humans are decent and compassionate towards animals – including our pets.

This is from today’s New Zealand Herald:

A man captured a neighbour’s pet cat in a leg-hold trap to prevent it from hunting birds on his property.

Paul Parsons was convicted on a charge of using a prohibited trap for the purpose of capturing an animal and fined $500 in the Palmerston North District Court. He was also and ordered to pay $130 in court costs and a $250 contribution to legal costs.

In October last year a black short-haired cat was found by its owner caught in a serrated-edge leg-hold trap on Parsons’ Palmerston North property. The trap was secured to the base of a tree and the cat’s right foreleg was caught in it.

The owner struggled to free the cat from the trap. Parsons refused to assist initially, but after a heated altercation, and input from his wife, he reluctantly agreed, said Ric Odom, chief executive of SPCA NZ.

A vet exam showed the cat had two fractures in its paw, and it had puncture wounds on both sides.

The vet said there would have been “significant pain and fear” induced by the trapping.