Another cat trapped by vicious neighbour 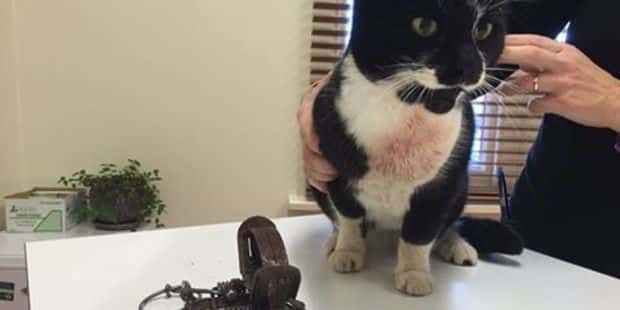 Jazz the cat came home with a leg-hold trap attached to her lower jaw.

Barely a month after hearing about a Palmerston North man convicted of catching his neighbour’s cat in a leg-hold trap, we have this from today’s Hawke’s Bay Today:

…cats get a bad rap, despite the fact they don’t bark incessantly and lay waste anywhere they like.

They do wander, and it is clear there are people out there who do not tolerate that attribute in the slightest. They lay traps.

As the local SPCA crew described that approach in the wake of a cat in the Taradale area being snared in a leg trap this week, it is extreme.

For this trap was clearly a suburban-based thing – not a snare to prevent possums and feral cats from pursuing native birds in reserves.